When to call a professional to repair cracked concrete 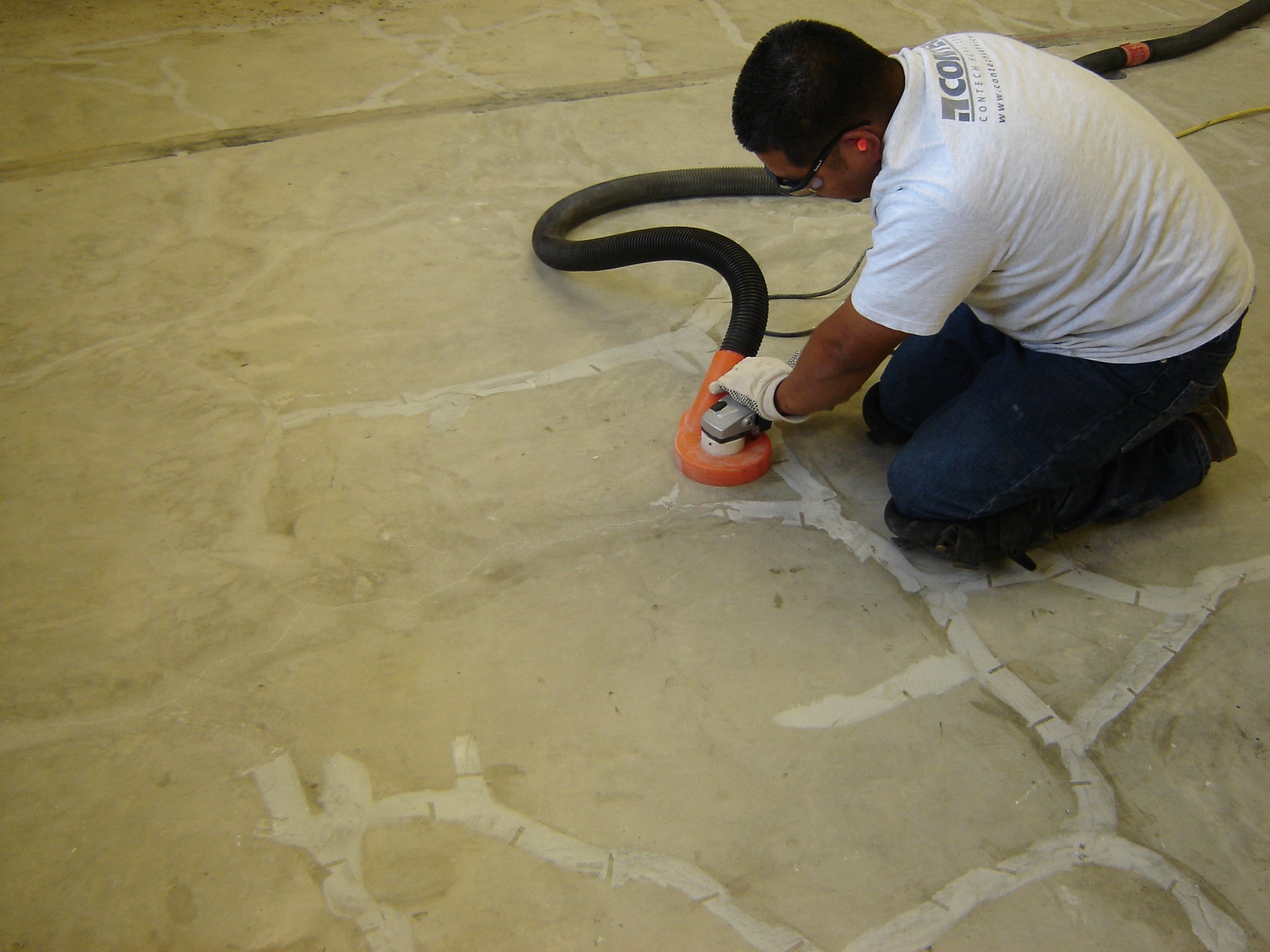 Concrete cracks. It's a fact of life. Some cracks might not need attention while others could have serious structural consequences. How can you tell the difference?

"It is important to accurately assess structural cracks to determine what is significant and what is not," said John Duntemann, a structural engineer at consulting engineering firm Wiss, Janney, Elstner Associates (WJE). "You have to properly identify the extent and cause of cracking before you can implement the right repair solution."

Cracks in concrete might be caused by a number of factors such as thermal expansion and contraction, sub-grade settlement, the loads being applied and even earthquakes. This all adds up to internal and external stress that manifests as large and small cracks.

In many cases, however, there is uncertainty as to what to do about cracks.  Pete Barlow, a principal at Contech Services Inc., a company that repairs, strengthens and waterproofs concrete structures, said his company is constantly being contacted by anxious building managers and owners. "Many times a week, people send us photos of cracking at their facilities asking for advice," said Barlow.

There are various methods of classifying cracks in concrete. One primary way is to split them into two groups: structural and non-structural. Structural cracking affects the integrity of the building. Cracking in support beams, columns and load bearing areas is of particular concern. Some cracks in structural concrete allow the interior reinforcing steel to corrode, which futher weakens the structure.

Non-structural cracks, on the other hand, are not detrimental to building integrity, though they may need to be addressed due to cosmetic reasons, if there is water leakage or to take proactive steps to prevent those cracks from growing over time and eventually reaching the structural stage. Tiny fractures can also lead to other challenges.

"Small cracks in below grade foundation walls can allow water to migrate into the structure," said Barlow.

Width, length and depth of the cracks are another consideration. Hairline cracks are generally not a problem, but it depends on where they are. A high frequency of them, though, could indicate an underlying stress issue that needs to be addressed.  But as the size of openings increases, so should the concern. As a rule of thumb, cracks larger than 0.015 inches or larger," said Barlow, "should be investigated. The larger the width, the greater the likelihood you have lost aggregate interlock. But repairs can be done on cracks down to 0.005 inches."

A third issue is location/orientation. Cracks in random directions are of lower priority than those in beams, columns or other load bearing areas. "If one side of the fracture is offset from the other, that is often a bad sign," said Barlow. "Other warning signs are closely spaced cracks or repetition of cracking at the same locations on each floor."

In many cases, epoxy injection is used as the optimum technique for concrete crack repair. Although there are many epoxy types and uses, high performance epoxies manufactured for structural concrete bonding and crack repair are the focus here.

Duntemann gives the example of cracking that appeared in a cooling tower being constructed at a synthetic fuel plant. "Cracking developed at the ends of pre-stressed concrete beams. Demolishing the structure and starting over was not considered an option. Management brought in WJE to find an alternative. The beams were injected with epoxy and load tested to verify their structural capacity,"said Duntemann. 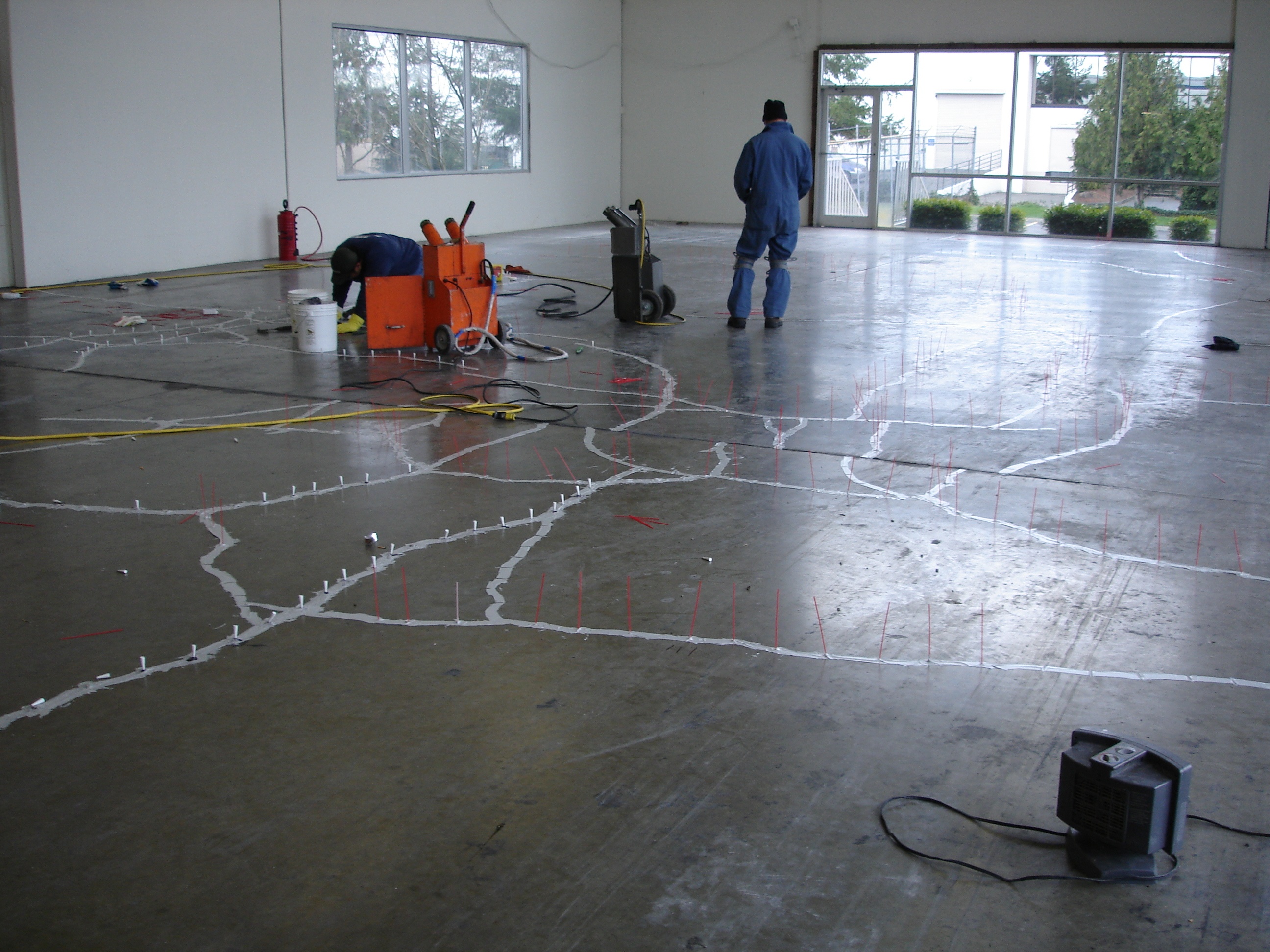 In another case, WJE was retained to investigate large cracks in the concrete caps that sat on top of concrete pile foundations. "We developed a method of reinforcing the pile caps and injected an epoxy into the cracks to reconnect the fragmented caps," said Duntemann.

Water, however, presented a further challenge "the epoxy had to deal with a saturated environment. WJE requested help from ChemCo Systems' team of chemists. They formulated an epoxy that could fill three quarter inch cracks and cure in the presence of water. ChemCo specializes in making two component structural epoxies and application equipment designed for concrete structural repairs, including at industrial plants, bridges, stadiums and parking decks to name a few."

"You often run into challenging environments such as cracks full of water, cold temperatures or exceedingly wide cracks that require a customized solution," said Duntemann. "The ChemCo Systems staff is very knowledgeable about epoxy in general and their own products in particular, and the environment in which these products are applied. We typically identify potential products, and consult with the manufacturer like ChemCo Systems for advice on the product application."

Contech Services, too, has worked with ChemCo Systems for more than 25 years. All field personnel have been thoroughly trained in the use and application of ChemCo Systems epoxy resins and equipment for structural repair.

"Their chemists understand the physical properties of the various resins and how to blend them to ensure the job is done right," said Barlow. "We prefer ChemCo Systems as it acts as a single source of equipment, material and expertise for a broad line of resins. Most major manufacturers have two or three resins at best. ChemCo Systems has about a dozen so when you run into something unique, they know which one or which mixture is best suited."

Building owners noticing cracks, then, are advised to contact a structural engineer to assess the extent of the damage. They can help determine whether or not it is a significant issue. "As building owners are typically not engineers, they are advised to retain a licensed structural engineer who can evaluate concrete cracking," said Barlow. He also advises against a do-it-yourself approach for all but the most minor problems. In his view, there are too many factors involved in the engineering and chemical formulation side to leave anything to chance.

"When a problem is identified, it is important to retain professionals with experience solving these problems," said Duntemann. "The correct solution to a problem requires a good understanding of the cause of that problem."